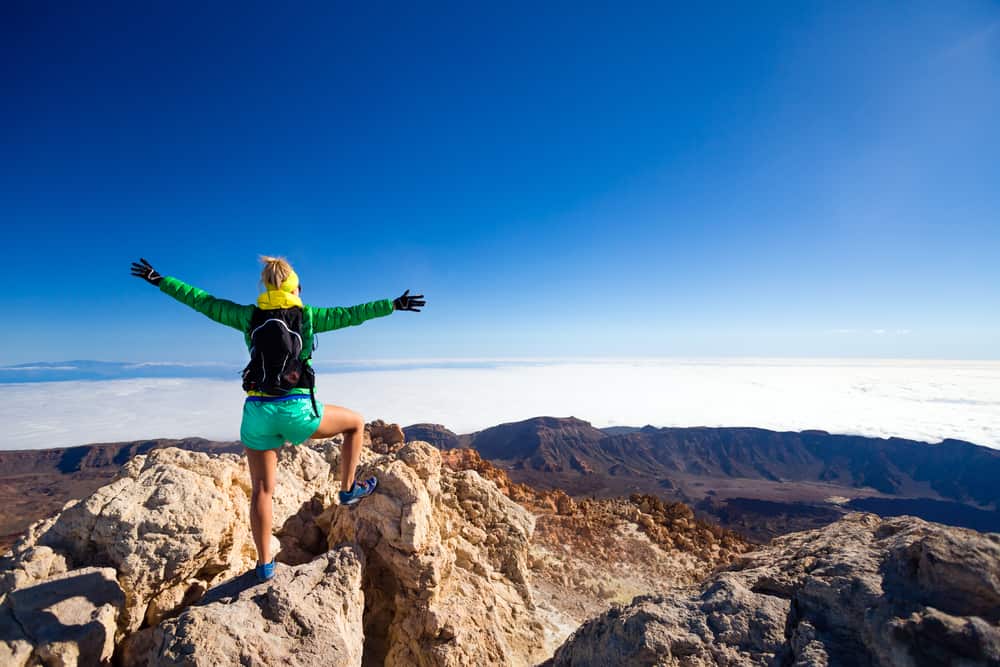 These inspirational women are leaving their mark, impacting lives and changing the world.

They are excelling in every aspect of life with their accomplishments and encouraging women around the globe.

Let’s stand behind these exceptional ladies and give them a big round of applause for all their contributions.

I hope their stories reach your heart and lighten up a fire inside you. It is impossible not to feel empowered and motivated by these inspirational women.

This post contains affiliate links. It means that if you made a purchase through my links I might earn a commission, with no additional cost to you. As an Amazon Associate I earn from qualifying purchases. For more information, visit my Disclosure Policy page. 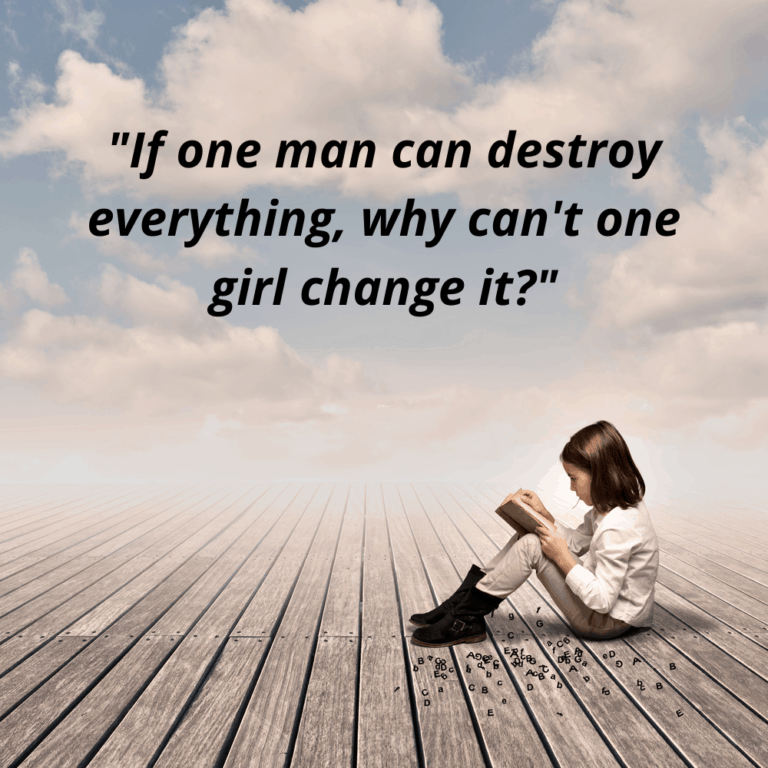 Malala Yousafzai, a Pakistani activist at 11 years old, stood up against the Taliban and began to advocate on behalf of every girl having the right to get an education.

Malala was the blogger for the BBC and spoke out against the ban imposed by the Taliban, where girls were not allowed to attend school.

At 15-year-old, Malala Yousafzai survived an assassination attempt while on a bus by a Taliban gunman.

The bullet hit the left side of her head and travelled down her neck. Malala was transferred to a hospital in Birmingham, England, for care and was subjected to multiple surgeries.

In 2014 at the age of 17, Malala Yousafzai became the youngest person to receive a Nobel Peace Prize. 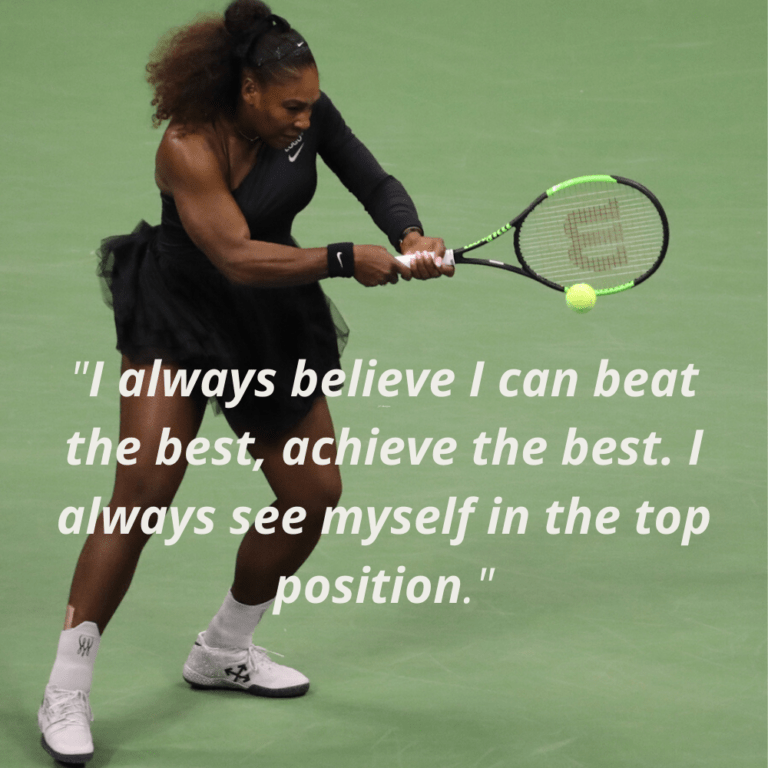 In public courts, Serena started playing the game at the age of four, groomed by her father for a successful tennis career.

Thanks to her athleticism and powerful play-style, Williams won a legion of fans around the globe.

For 319 weeks, Williams held the top spot at the women’s ranking.

Serena Williams is considered the greatest female tennis player in the Open era. She embodies strength and power and has a unique fashion style that has gotten her a lot of attention.

I am lucky that whatever fear I have inside me, my desire to win is always stronger. 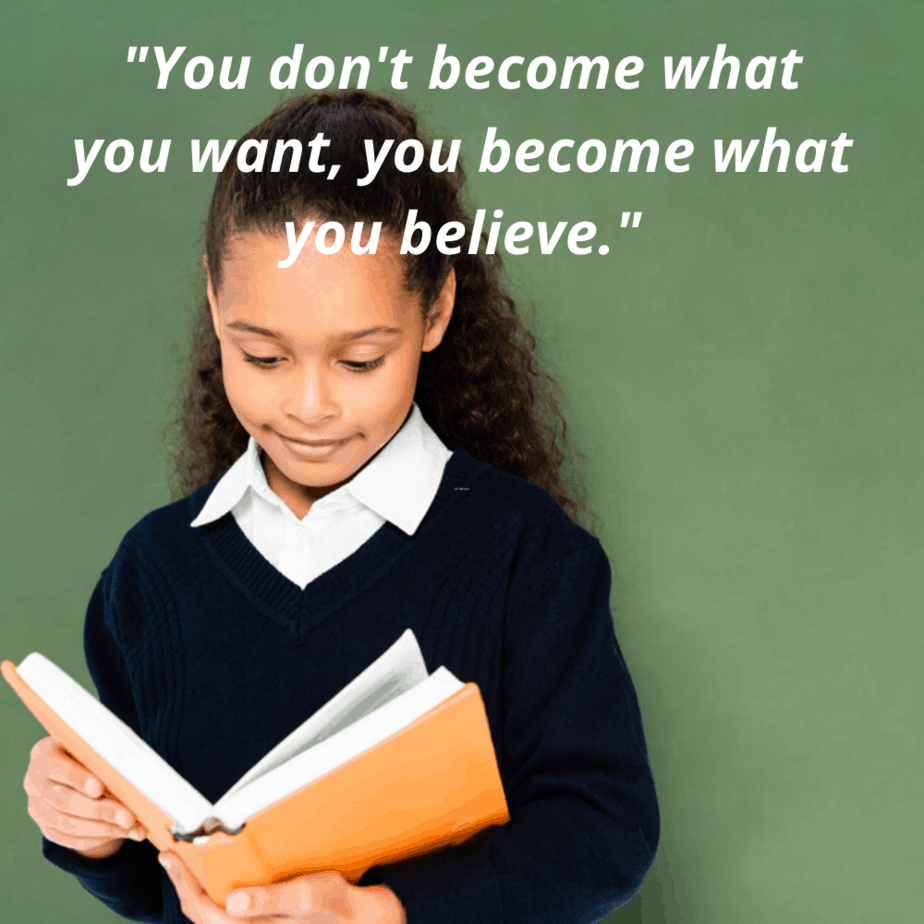 One of the most influential women in the world, Oprah Winfrey has proven to be a multifaceted talent as a talk show host, actress, media executive and philanthropist.

In the town of Kosciusko, Mississippi, living in a rural community, Oprah was sexually abused by male relatives and her mother’s friends in her adolescence.

Winfrey went to live with her father in Nashville. She attended the Tennessee State University and started her career in radio and television.

The media mogul is best known for her talk show The Oprah Winfrey Show launched in 1986 and was aired for 25 years.

Oprah believes and promotes that you can achieve anything you want through visualization.

From humble beginnings to her ascension to fame and success, Winfrey’s achievements and contribution to the world are remarkable.

Throughout the years, Oprah has donated millions to several charities.

Winfrey has created The Oprah Winfrey Leadership Academy Foundation, which is a school for girls in South Africa.

A firm believer in education, Oprah is convinced that is the way to end poverty is that region.

Oprah is the first African-American woman to become a billionaire and has her own television network – the Oprah Winfrey Network (OWN).

Do the one thing you think you cannot do. Fail at it. Try again. Do better the second time. The only people who never tumble are those who never mount the high wire. This is your moment. Own it. 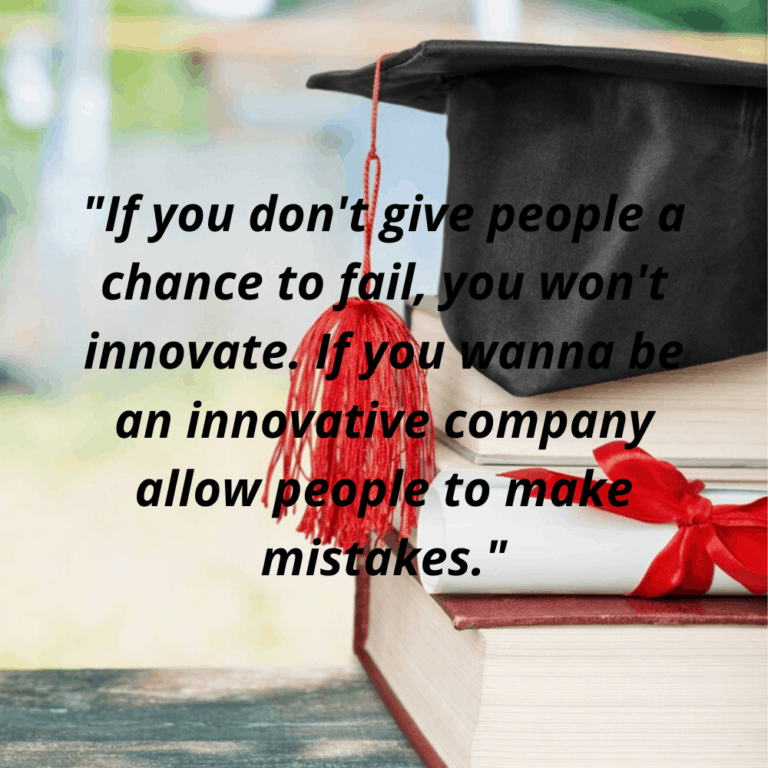 Indra Nooyi is an Indian American business executive and currently serves on the board of Amazon, the International Cricket Council, and Schlumberger.

Nooyi grew up highly focused on her education in a conservative Brahmi family in India.

During her tenure as CEO of PepsiCo, the company saw its revenue increase 80% and, for the first time in history, beaten Coca-Cola in market value.

Indra Nooyi is an outstanding visionary businesswoman and considered one of the world’s most powerful women. She has been awarded as Top CEO of the Year for several times.

The world is full of ideas today, if we don't do it somebody else is going to do it. 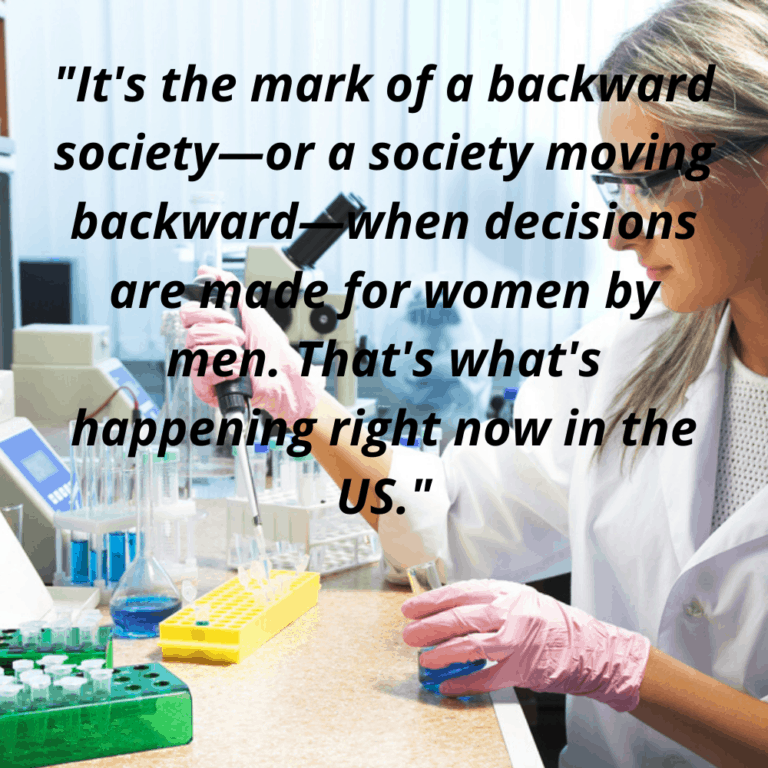 Gates is an advocate for inclusion and women’s rights and has committed to invest $1 billion to promote gender equality.

Her goal is to get more women in decision-making positions in order to expand women’s power and influence.

The Gates foundation has very ambitious goals. Here are some of them:

All lives have equal value in Gates’ view.

Melinda Gates is the most powerful woman in philanthropy, and she is making the world a better place.

What extreme poverty really means is that no matter how hard you work, you're trapped. You can't get out. Your efforts barely matter. You've been left behind by those who could lift you up. 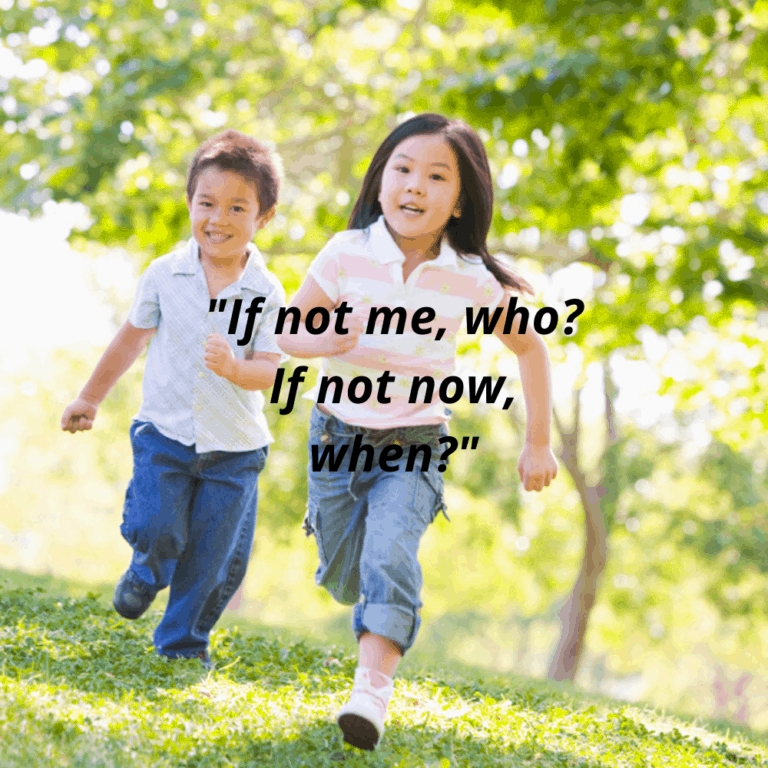 Emma Watson is a British actress best known for her role in the Harry Potter movies as Hermione Granger.

Watson is an activist for women’s rights. She wants to empower women fighting against the over-sexualization of young girls in the media and promoting education.

Emma calls her status self-partnered instead of single. She is trying to change people’s perception that being single is a negative thing.

That is her way of letting you know that she is happily single and not looking for a partner.

Emma Watson was appointed UN Women Goodwill Ambassador in July 2014 and is a great role model for girls and women around the world.

I don't want other people to decide what I am. I want to decide that for myself. 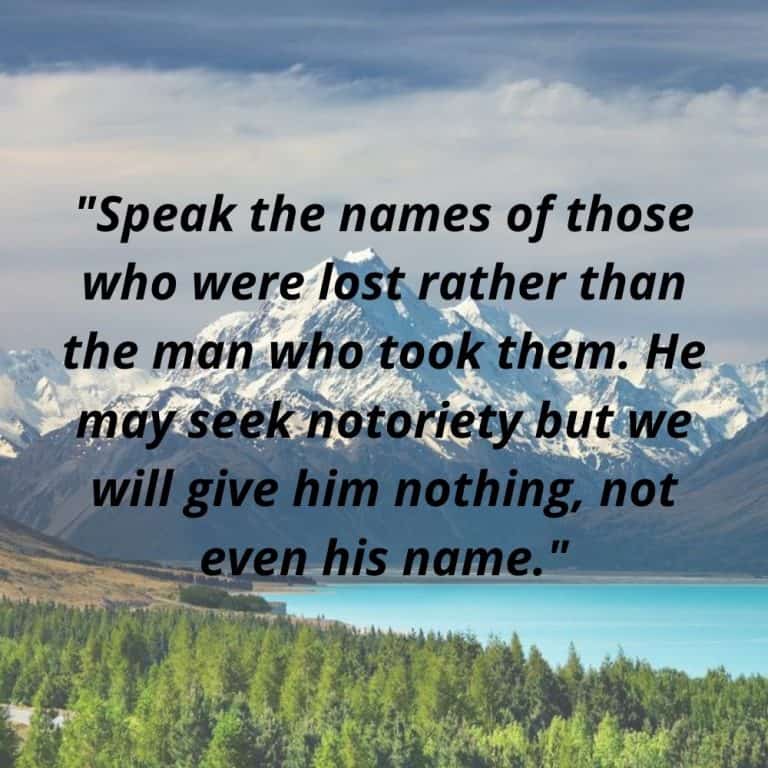 Born on the 26 of July 1980, Jacinda Ardern is New Zealand’s Prime Minister since 2017. Her response to the Coronavirus pandemic has been highly praised globally.

Ardern’s style resonates with her people and is having remarkable results against one of the worst crises ever seen. Jacinda is a communicator, and her messages are clear and consistent, showing the world the meaning of real leadership.

The Prime Minister did a fantastic job persuading New Zealanders to a drastic lockdown leading with empathy and using mom jokes during her Facebook lives.

In 2019, after the Christchurch terrorist attacks, Jacinda Ardern stood up against the white supremacist shooter, providing support to the Muslim victims.

“Owning a firearm is a privilege, not a right,” announced Ardern, who introduced a new bill to parliament to further extend gun control.

One of the criticisms I've faced over the years is that I'm not aggressive enough or assertive enough, or maybe somehow, because I'm empathetic, it means I'm weak. I totally rebel against that. I refuse to believe that you cannot be both compassionate and strong.

If you have been inspired by these exceptional women, SHARE this article and spread the word!

Sharing is caring. Spread the love!

Tired of struggling alone? Navigating the twists and turns of life can be overwhelming. You can’t see clearly the situation without any judgment and may not be able to recognize the true causes of your problems and their solutions. That all changes when you have an expert by your side to show you the way forward, and with my free one-on-one session to Kickstart Your Best Life, that’s exactly what you’ll get.

By booking a session, you agree to receive emails from us. You may unsubscribe at any time.

PrevPreviousHow To Stop Procrastinating And Get Things Done!
Next9 Money Free Self Care Tips To Make You HappierNext 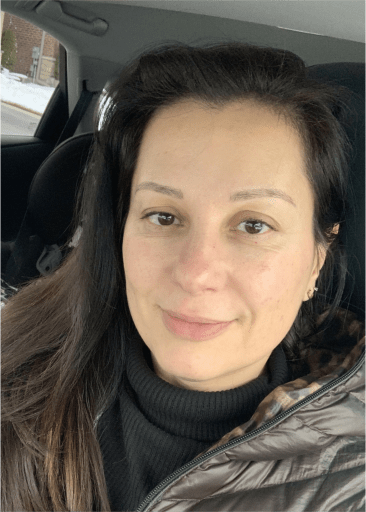 I’m Monica Rezende, a life coach living the dream raising my daughter and two rescue puppies while holding a 9 to 5 job and running a blog. I’m passionate about helping women like you to uncover their superpower and go after a life they love. Wouldn’t it be awesome if you could show up as the person you’re meant to be? I can help!

You can usually find me in my office, doing what I love. Coaching clients, sipping coffee, blogging, being constantly interrupted by my dogs, face-timing my mom in Brazil, and watching my daughter’s amazing artistic skills. Life is good!